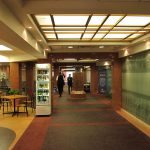 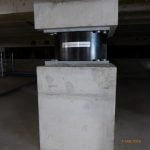 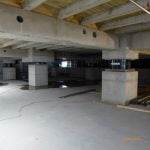 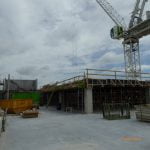 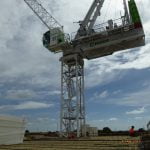 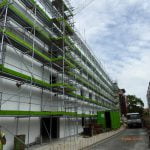 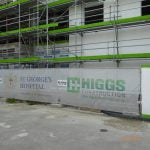 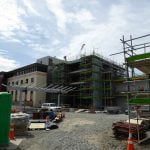 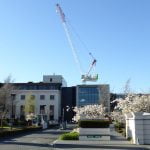 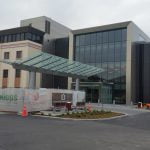 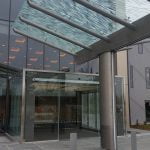 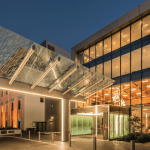 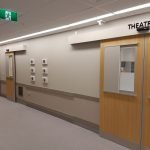 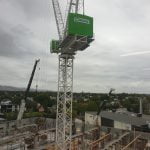 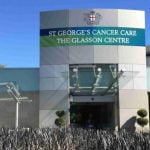 In November 2019 the tower crane at St Georges Hospital was removed. This was an important milestone for the project signalling the completion is on target for November 2020. Following the removal of the tower crane the final elements of the building envelope will be enclosed allowing the fitout of the Cressy Wing to continue through to completion. The Cressy Wing is the third stage of the three stage $130 million building redevelopment at St Georges Hospital.

The Cressy Wing was open to the public on the 21st November 2020, signalling the completion of the project Cressy Wing building, the certificate of public use being used by the Christchurch City Council allowing our client to occupy.

The new building is been completed in two stages with the first stage, the Clinical Services Wing being completed two years prior allowing Pacific Radiology and other departments to occupy. Following occupation a fifteen month enabling phase was undertaken allowing the Cressy Wing construction to commence. The Cressy Wing connects into the previously completed Stage 1 works, the new Main Entry Building off Heaton Street. The redevelopment connects the all of the buildings including the Canon Wilford Wing which Higgs Construction constructed some years ago. 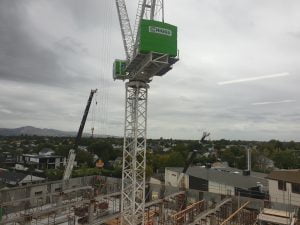 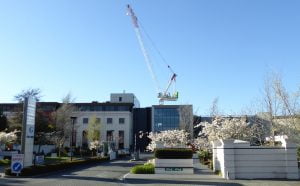 We are currently heavily involved in the redevelopment of St George’s Hospital. With Stages 1a, 1b and Stage 2 complete, we are now constructing the Stage 3 Cressy Wing.

Stage 1 Consisted of a New Cancer Care Facility and a Link to the existing Canon Wilford Wing. Both structures are of concrete structure and base isolated. The works also include the associated infrastructure works associated with the redevelopment of these areas. Dave Freeman and Neville lead the delivery of these two projects. Approximate value $12m.

Stage 2 The Clinical Services Building is a new five level structure on the Leinster Road side of the St Georges Hospital site. This building is a base isolated concrete framed structure. Our Senior Project Manager, Mark Weber led the delivery of this project. Completion was achieved in 2017, including the early handover of the ground floor for Christchurch Pacific Radiology. Approximate value $45m.

Stage 3 (under construction) The Cressy Wing, is a new five level structure on the Leinster Road side of the St Georges Hospital site. This building is a base isolated concrete framed structure. It houses the new energy centre for the hospital, specialist suites, theatres and bedroom suites. Our Senior Project Manager, Mark Weber leads the delivery of this project with his team. The Cressy Wing Building was delivered in November 2020 and the demolition of the old day surgery unit being completed in April 2021. Approximate value $53m.

Over the past years we have constructed a number of the construction projects at St Georges Hospital. This has involved approximately $90 million to date of construction work, which includes the first two stages of the St Georges redevelopment, the Cancer Care Centre and the $20 million Canon Wilford Wing and associated works.

St Georges Hospital requires a very high standard of design and finish and their buildings resemble high specification hotels rather than a hospital complex.

Based on our ability to provide the high level of finish and our ability to organise and complete work within an operating hospital St Georges engage us to complete all there minor constructing works.

Our Project Manager on the Canon Wilford Wing was Bill Jones.