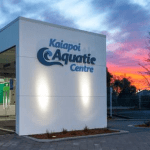 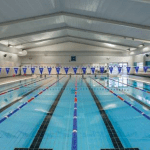 The Kaiapoi Aquatic Centre was closed following the February earthquakes. Demolition of the existing structure commenced in September 2012.

Higgs Construction has completed the Earthquake Repairs and Rebuild. The project was completed and handed back to the Waimakariri District Council in July 2013 and was officially opened by the Prime Minister, John Key on the 16th August 2013.